What is Cape Town Famous For? - Got the Passports?

What is Cape Town Famous For?

Before COVID 19 took over the world Cape Town, South Africa appeared on many of the world’s top travel sites as a “must visit” location. As much exposure as Cape Town was receiving, it didn’t often answer the question – what is Cape Town famous for? So, as locals, we’ve put together our top 10 list to answer the question:

What is Cape Town Famous For?

Table Mountain is the most famous icon of the Mother City. One of the 7 natural wonders of the world, the mountain shapes the “city Bowl” and is loved by both by both tourists and locals alike due to its many hiking trails, exquisite views and natural habitat for flora and fauna. If hiking isn’t for you, take the cable car up to the top and enjoy beautiful sunsets and breezing strolls along the mapped pathways. As featured on Nat Geographic and Shark week, False Bay is home to some of the biggest and ferocious great white sharks. The famous apex predators are widely spotted in Cape Town, due to the large Cape seal colonies that provide a consistent source of food, however have become more scarce over the past 2 years due to a pod of orcas who have moved into the bay. They are, however, still prevalent in the broader areas where shark cage diving is a popular experience for visitors.

The Cape Winelands are home to some of South Africa’s most famous wine districts including Franschhoek, Stellenbosch and Paarl. With over 500 farms in the Western Cape, it’s easy to spend weekends away cruising on trams, boats, trains or segways before leisuring lunching and wine tasting with friends and family. There are multiple places to stay in the winelands to ensure a fun and safe experience. Nestled between Table Mountain and Signal Hill, Lion’s Head is an outcrop that separates the city bowl and Atlantic seaboard. Popular with locals who hike up for sunrise, sunset and full moon, Lion’s Head provides some of the most scenic views of the city and is free to climb. Enjoy fireflies dancing after sunset, vibrant fynbos flowers and a good burn in the loins as you wind your way up. Hiking time? Fit hikers – less 2 hours to the top. Unfit hikers, 3 hours+ up. South Africa is typically known for its big 5 wildlife, but Cape Town offers a unique integration with wild life as so much of the city is built around mountains, parks and bays. Spreading across the Cape Flats to the Hottentot Mountains, bird life, mammals and predators alike are known to infiltrate the city from time to time. From hawks, caracals (wild cats), baboons, snakes, deer, dassies, porcupines and dolphins; the African penguin and Southern Right whales are two of the city’s most famous characters that draws many a tourist to the city to view. Robben Island is of extreme historical importance to the Mother City. It’s where Nelson Mandela, and other freedom fighters, were imprisoned for more than 2 decades. Located off the Atlantic Seaboard, the island is so clearly a part of the larger bay area, yet so many locals have never visited. It’s just a small reminder of the rich history of the Cape, which also includes the Khoisan people, colonial invasions (British, French, Dutch), Malay slaves and significant moments of the abolition of Apartheid, to name a few. Unfortunately, this is another reason that Cape Town is well known. Television shows like Ross Kemp’s World’s Most Dangerous Gangs, Caspar Lee’s ride along and The Economist’s feature on Cape Town has drawn attention to crime ridden areas within Cape Town. With the 8th highest murder rate in the world, Cape Town has a large percentage of the population still struggling to recover from the injustices of Apartheid, leading to gang violence, drugs and organised crime.

Kirstenbosch Gardens is well known for being home to more than 700 indigenous trees and plants of southern Africa. It was awarded a level IV (4) accreditation by the ArbNet Accreditation Program, the only global initiative to officially recognize arboreta based on a set of professional standards. Level IV is the highest level and Kirstenbosch is currently one of 30 gardens accredited at level IV out of 2037 worldwide. For it’s beautiful flora and fauna, it’s a popular venue for picnics, play dates, strolling, mountain hikes and even sunset concerts. Cape Town is home to some of the most beautiful beaches in the world, most of which are set against or between mountains and valleys. The shoreline has become synonymous with Cape Town living as locals depend on it for walks, watersports, dog walking, swimming, tanning and the usual beach life fun. While Camps Bay beach is the most well-known internationally, it’s Big Bay that’s loved for its kitesurfing, Blouberg (blue mountain) for its iconic view of Table Mountain, Muizenberg for easy surfing, Llandudno for the pro’s and Fish Hoek beach for the families, to name a few. The water might be freezing, but the views are oh so cool. The Victoria & Alfred Waterfront is the most visited location in Africa. Just another mall? Sure, but there are restaurants and bars, open air music venues, live African music, African markets, wild life, boat rides, high teas, kids activities and a whole lot more! As locals, we utilize the mall to run errands, go shopping, eat our or listen to live music on the regular and mostly only avoid is during January when it’s uber busy. Have You Visited Cape Town Before?

If so, we’d love to hear what you think the city is famous for, where you stayed and what you loved! Comments below or on social media welcome. Thanks for visiting our precious home! 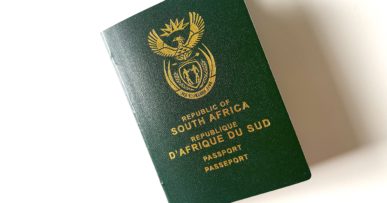 How To Submit a Passport Application at FNB A Cap Classique (MCC) Tasting For Every Personality